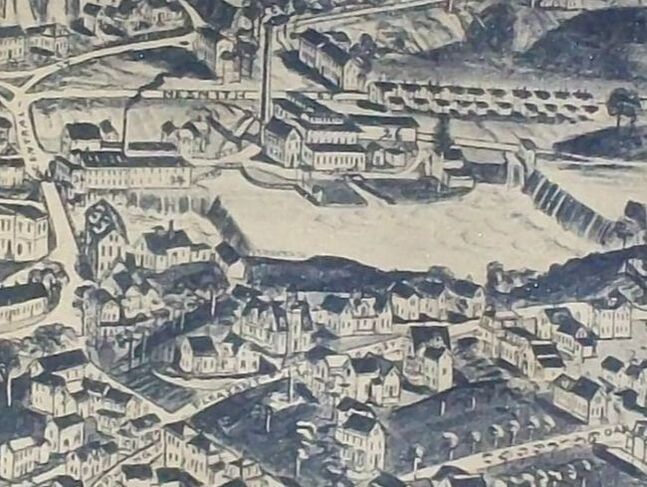 During the Industrial Revolution, the Winnipesaukee River began its precipitous churn into Franklin, cascading over the ubiquitous dams whose turbines powered its bustling mills. Rushing through the towering trestles of Franklin's iconic railway bridge, the Winni earned the downtown its nickname - Franklin Falls. 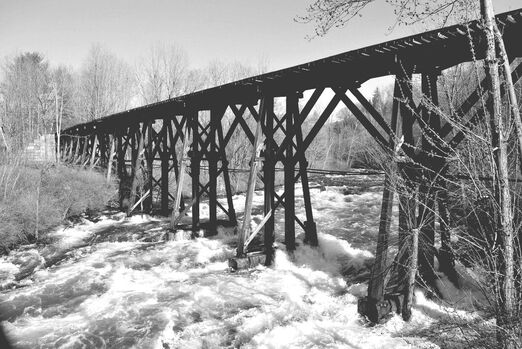 As it carved its serpentine route through the center of downtown, a half dozen more mills eagery drank from its waters before relinquishing its flow to join the Pemigewasset River - forming the mighty Merrimack. ​ 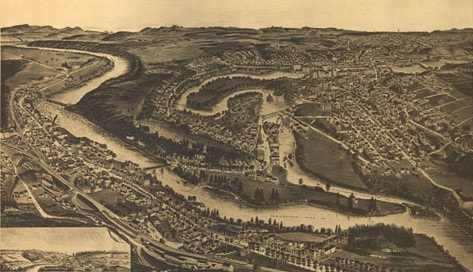 A small town formed in 1828, Franklin became a bustling manufacturing city by 1895.  However, like the waters of the Merrimack, quality manufacturing jobs flowed south.  Many of the mills are gone, reclaimed by the river. The stubborn few who remain remind us of that glorious past.  Their siren songs of glory have called upon us to, once again, turn to the Winni to forge a new future - the rebirth of Franklin Falls.​

Franklin Gear began as the trade name for a line of Franklin-themed apparel and accessories launched in September of 2018.  Born from civic pride this line was carried in The Franklin Cafe in Downtown Franklin, NH.
Designed around community, Franklin Gear gave back.  In its first two years over $3000 of Franklin Gear was donated to various non-profits!

​From its inception, ten percent of Franklin Gear's proceeds were destine to fund STEM programs in the Community.  COVID came along and proceeds fell off a cliff.  But you can't keep a Franklin Guy or Girl down for long! 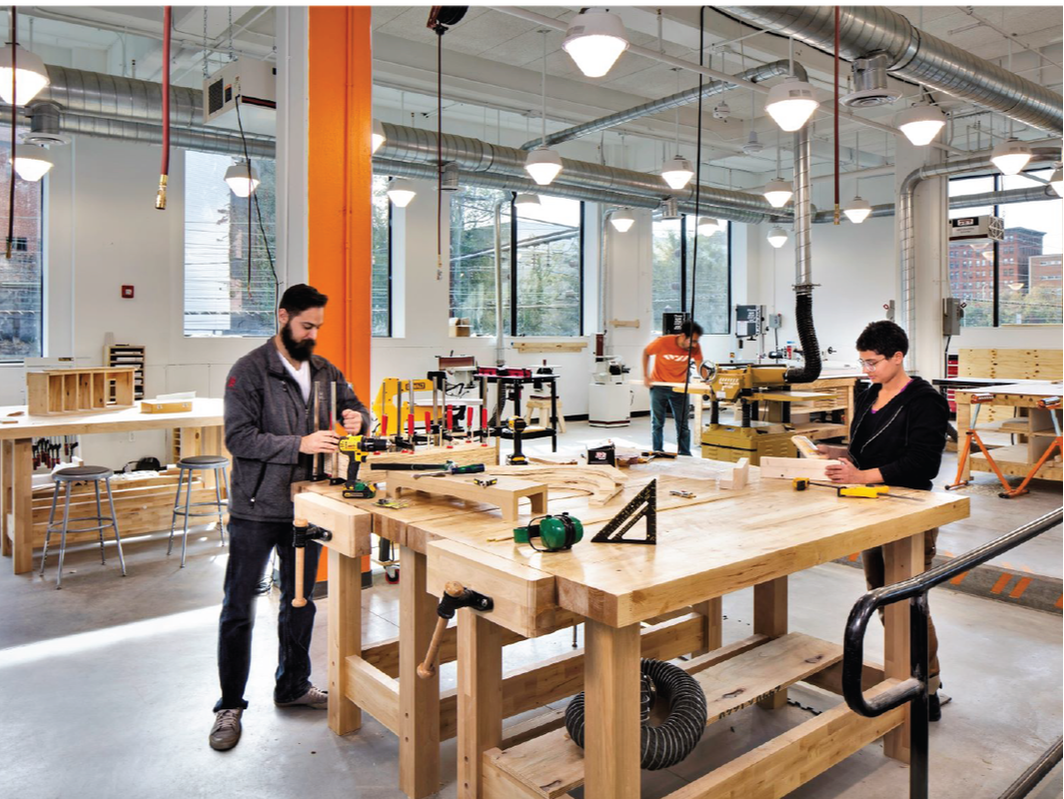 Talk of a makerspace had been batted around for years, but the idea never took root.  With revitalization underway, there arose a need to ensure that those citizens who struggled from the lack of opportunity could hang on to enjoy this rebirth.

​Franklin Makerspace will be that place where people can find their passion. Learn some skills; start a small business, or find a good paying job - with some great area industries starving for a higher-skilled workforce.  The irony of having people who need good jobs and good jobs that need the right people  - in the same community  - can no longer stand!

Obviously we are pumped up to get going, but a makerspace is also a place to chill and hang out; meet some new people.  It is also a place to enjoy a hobby or find a new one. No matter what bring you to our door, fun is guaranteed!

Our own space will open sometime in 2023.  A lot of work goes into making a makerspace!  Our current lack of a home is not stopping us from engaging with our community!